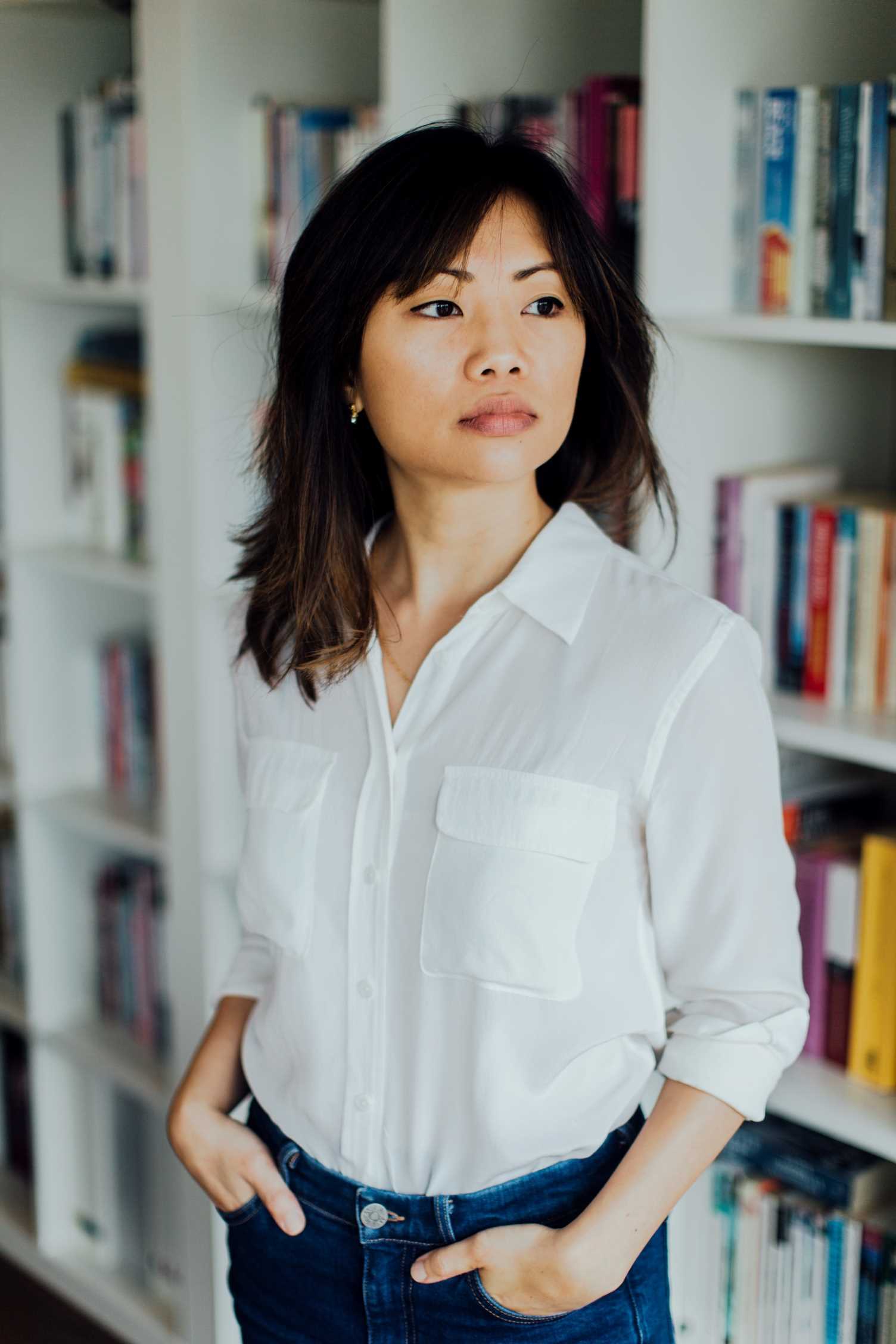 I started writing How We Disappeared because the main character refused to leave me alone. I had just finished my first book, a short story collection, in which I had written about a woman called ‘Cardboard Lady’. She was someone with a traumatic past, I knew, but bits and pieces of her history, clearer and clearer, kept coming to me even after the collection had been published, and long after I was done with all the other characters in that book. She snuck into my dreams, and when I began to see her as the young woman she’d been before the Japanese Occupation, I realised I had to write about her, that there might be an entire book in her. I named her after my mother, who is also illiterate and whose name, ‘Chiow Tee,’ means ‘to take care of a brother’. As with most Singaporeans, I learned what civilians went through during the Japanese Occupation as I was growing up, some of it from stories that my relatives told in hushed, yet bitter voices, some of it from programmes, fictional and otherwise, on TV. The “accepted narrative” is openly discussed in textbooks and in the national newspaper. Every year, there is a day of remembrance for people who died during the occupation, especially for those who were captured and tortured for being part of the resistance. These were heroes and victims of a sort that people recognised and could contend with. Yet it remains largely unspoken that the Japanese raped local women and abducted them during the occupation – this has to do with the dreadful stigma attached to sexual violence in most of Asia, even today. The fact that Singapore is a tiny country only magnifies this. Everyone on the island is connected in one way or another, with one or two degrees of separation. In the 40s and 50s, to let anyone know that you’re a rape victim is to expose yourself to shame and condemnation for the rest of your life. For research, I trawled through hours of audio interviews; whenever rape or abduction was mentioned, the interviewee always made a point to emphasise that it happened to someone else, someone outside of the immediate family – a neighbour, the friend of a sister-in-law, a stranger.

"She snuck into my dreams, and when I began to see her as the young woman she’d been before the Japanese Occupation, I realised I had to write about her, that there might be an entire book in her."

Most people are unaware of the occupation’s death toll. The conservative estimate lies around 40,000 (not a small number as the total population was around 800,000 in 1942). The dead were mostly made up of Chinese men who were executed during the Sook Ching (or ‘purge,’ a targeted ethnic cleansing).

While I was ruminating on the idea of writing the book, I spoke to a few (non-Singaporean) friends about it. All of them are well-read, intelligent writers, but they had only heard vaguely about comfort women, and certainly nothing about the genocide that had occurred on the island. It bothered me that a people’s history could be left so easily to slip away in the wind. I’d never thought of myself as a historical novelist, nor someone who would spend years doing research, but there I was, inflamed by my anger about how little we seemed to matter to the rest of the world and my need to write about Wang Di. And then, of course, there was the personal: my grandparents had lived through the war. Safe to say, none of them held any happy memories about life during the occupation. My parents had passed down the usual stories of them having had to forage or steal in order to keep from starving, but I wasn’t aware of just how much the war had touched my family until I’d already finished the novel.

It was during a visit back to Singapore during Chinese New Year that I found out about my family’s war story. My parents came home from temple one afternoon and said that they had spotted a woman who looked the spitting image of my grandmother. (My father’s mother had passed away more than a decade ago.) Then he continued to say that he had wanted to go up to the woman and find out if she was his aunt. This was when I became really confused, because my father’s aunt was also dead. I had to ask my father what he meant. He went on to explain the following:

During the invasion of Singapore, Japan was temporarily beaten back by resistance fighters on a hill close to where my great-grandfather lived with his family. As revenge, the army set upon a nearby village – the village where my great-grandfather lived with his wife and their children – two sons and a young daughter of about three years old. (His two older daughters had been married off just before the invasion and were residing elsewhere on the island.) The troops massacred most of the people living in the village. My great-grandfather suffered a stab wound and the cries of his youngest child were the last sounds he heard before he passed out. When he regained consciousness, he discovered that his wife and sons were dead, and his daughter missing. He never found her and never recovered a body either. For years, they thought that someone might have taken her away but it was hard to look for missing people, especially children, during the war, of course.

"He’d a feeling it was her, he said. This admission, more than anything, was a surprise to me as he rarely talks about the personal."

While I listened to him, I was struck by how much it resembled the Old One’s (Wang Di’s husband) story. The only explanation I can give is that my father must have told me about this part of my family’s history when I was too little to understand the significance of it, and subconsciously filed it away in my mind, only to have it resurface much later, when I was writing the book.

The woman my father saw, I realised, might have been my grandmother’s youngest sister, whom his family had long presumed dead. He’d a feeling it was her, he said. This admission, more than anything, was a surprise to me as he rarely talks about the personal. He ended the conversation by saying, “The past is the past.” No good could come from raking up the past, no good could come of talking. And it is also this familiar phrase, among all the other reasons (giving witness to the victims of trauma and not wanting a history to be erased), that made me want to write How We Disappeared. I want to give lie to the idea that we should not think about what’s painful, what hurt. I want to bring what is, or what is believed to be, dank and ugly out into the light. 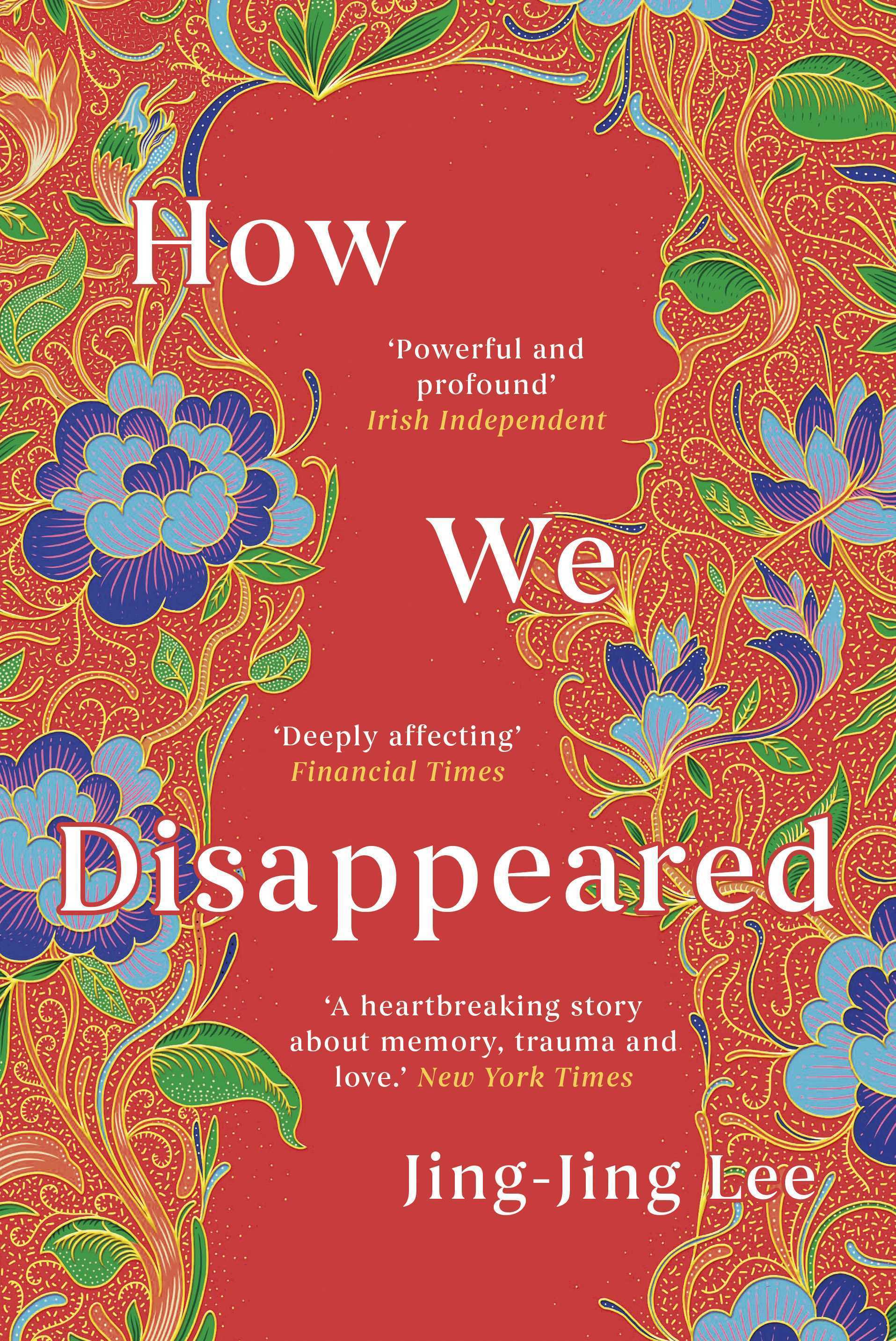 A beautiful, stunningly ambitious tale of endurance, identity, and memory, for fans of Min Jin Lee's Pachinko and Georgia Hunter's We Were the Lucky Ones. ... more ... less