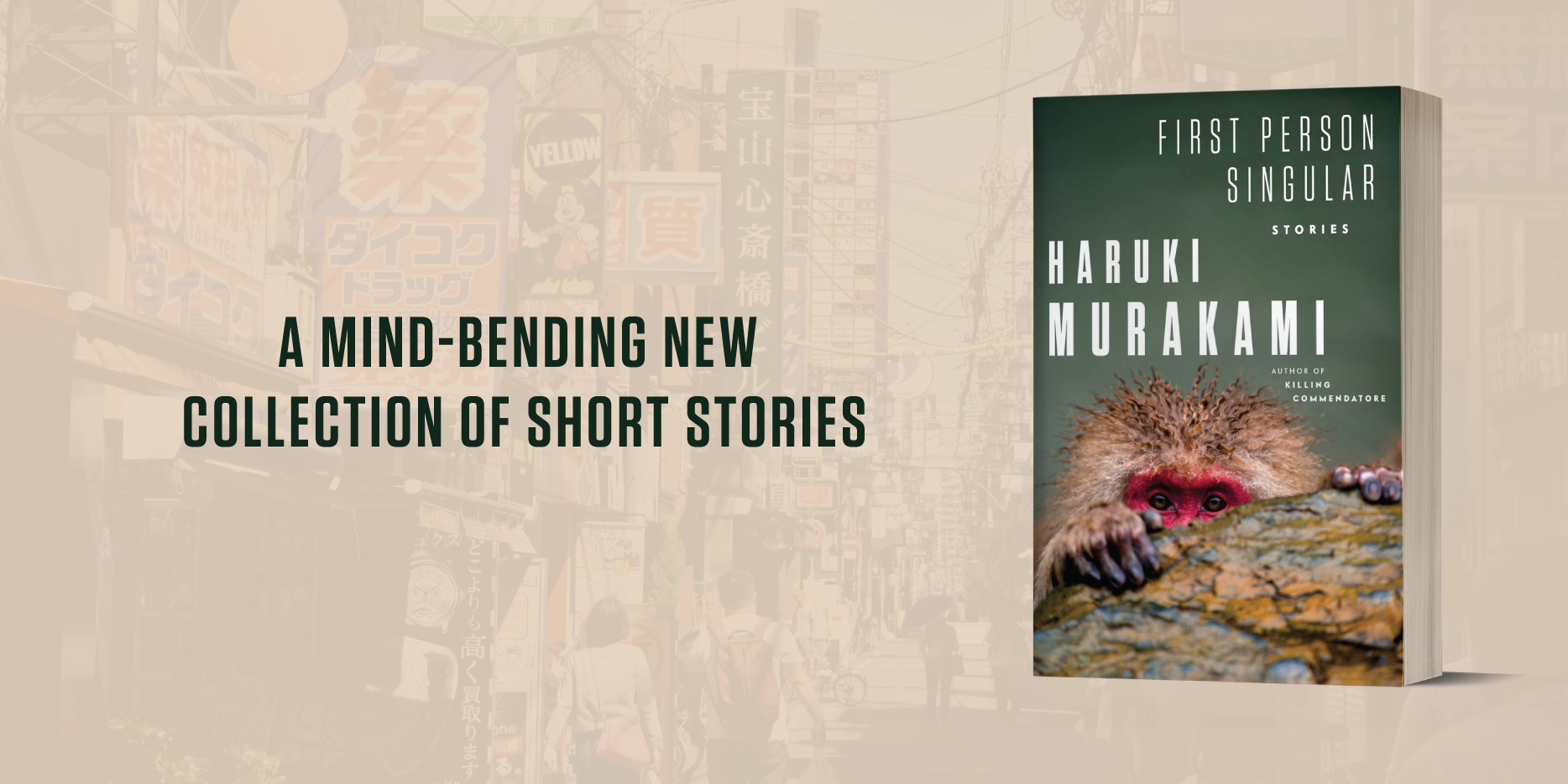 The eight stories in this new book are all told in the first person by a classic Murakami narrator. From memories of youth, meditations on music, and an ardent love of baseball, to dreamlike scenarios and invented jazz albums, together these stories challenge the boundaries between our minds and the exterior world. Occasionally, a narrator may or may not be Murakami himself. Is it memoir or fiction? The reader decides.

Here's a short excerpt from one of the beautiful stories in the book!

There’s one girl—a woman who used to be a young girl, I mean—whom I remember well. I don't know her name, though. And naturally I don't know where she is now, or what she’s doing. What I do know about her is that she went to the same high school as I did, and was the same age (since she wore the same colored-coded badge on her shirt that I wore, indicating which year in school we were), and that she must have really liked the Beatles’ music. Other than that, I know nothing about her.

This was in 1964, at the height of Beatlemania. It was early autumn. The new school semester had begun and things were starting to fall into a routine again. She was rushing down a hallway at school, skirt fluttering as she hurried off somewhere. I passed her in the long dim hallway of the old school building. It was just the two of us. She was clutching an LP album to her chest like it was something precious. The LP With the Beatles. The one with the memorable black and white photo of the four Beatles in half shadow. For some reason, I’m not at all sure why, I have a clear memory that this was the original UK version of the album, not the US or Japan versions.

She was a beautiful girl. At least in my eyes then she looked gorgeous. She wasn’t so tall, had long black hair, slim legs, and a lovely fragrance. (This might be a false memory, I don't know. Maybe she didn’t give off any scent at all. But still, that’s what I thought--as if, when we passed, an enchanting, alluring fragrance wafted in my direction.) She had me under her spell—that beautiful, nameless young girl clutching With the Beatles to her chest.

My heart started to pound, I gasped for breath, and it was like all sound had vanished, like I’d sunk to the bottom of pool. All I could hear was a sound like a faint bell ringing deep in my ears. Like someone was desperately trying to send me a vital message. All of this took but ten or fifteen seconds and was over before I knew it. And the critical message contained there, like the core of all dreams, vanished in a labyrinth. Just like most important things do that happen in life.

A dimly lit hallway in high school, a beautiful girl, the hem of her skirt swirling, With the Beatles.

When autocomplete results are available use up and down arrows to review and enter to select.